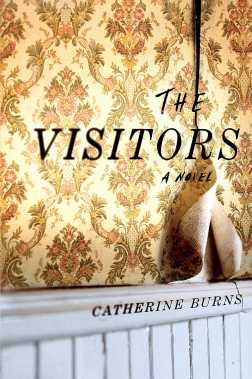 Based on the jacket copy, I thought this was going to be a “there’s something in the basement”-type horror story. But, The Visitors is not a ghost story. It isn’t a thriller.  It’s a twisted descent into the madness of a sociopath.

Mary is in her 50s, living with her older, sexually deviant brother John, in a filthy, ramshackle house full of garbage. They don’t have any financial worries, so Mary and John are free from responsibility and can pursue their hobbies. John’s hobbies include pornography and model airplanes (among other things that I won’t mention), and Mary’s involve indulging in daydreams where she’s married to a male acquaintance she met 30 years ago, watching sentimental Lifetime movies while gobbling junk food, or petting her stuffed animal collection. It’s depraved, but not exactly evil. Lurking just beneath the surface, however, there are more nefarious goings-on.

Mary is intellectually disadvantaged. She’s uneducated, unskilled, and she is also overweight and unsightly. She’s never been loved or encouraged to do anything with her life, so she hasn’t. She’s believed everyone who has ever told her she’s worthless. She’s wasted away in her childhood home never doing anything at all. When she allows herself some time for self-reflection, she’s aware of her lack of ambition and fulfillment, but soon reverts to daydreams about men who never actually even learned her name. This denial of reality has some evil consequences when Mary has to deal with her brother.

This book is a glimpse into Mary’s head, into her psyche of aching for love and attention, and also her lurid desires for revenge on those who have slighted her or rejected her. There are flashes of epiphany when Mary understands she has done wrong, knows that her clothes are disgusting and her house is squalid. These insights are fleeting, but they allow some sympathy to flow in between the cracks of the abhorrence one feels for her.

The Visitors reminded me of Eileen by Ottessa Moshfegh. Repulsive, sinister, and yet, you can’t look away. Recommended.

Many thanks to Netgalley and Gallery, Threshold, Pocket Books for the advance copy in exchange for my honest review.

This is an amazing book, one that, after you read the last sentence, you close it slowly and hug it to your chest. It’s a steady, quiet story with strong ties to the landscape. It’s often categorized as a Western, but it’s so much more than that.

Set in the 1850s on the border of the frontier, Thompson Grey is walking west from Indiana to start a new life. He is burdened with grief from a recent tragedy for which he blames himself. It’s unclear if he’s leaving his home because he has no where else to go and nothing to stay for, or if he’s trying to outrun his memories. Along the way he encounters a wagon train  also traveling west to find new land. The leader is Captain Upperdine, who’s  interested in establishing commerce and trade in new towns popping up in the west.

Crossing Purgatory captures the harshness of the land, the cruel unpredictability of farming, the near-starvation in the fierce winters. The characters are stoic and taciturn, and the prose is sparse. There is a storm of grasshoppers, unrelenting danger of natives and thieves, and drought. The characters are trying to scrape by, and at the same time trying to overcome their pasts while planning for the future. Eking out a living on the Purgatoire River is test of faith and character.

Crossing Purgatory reads like a melancholy Steinbeck or a more coherent Faulkner. If you like introspective novels with strong character development and superbly-crafted writing, I recommend it highly.

Weylyn Grey has powers he doesn’t understand and can’t control. He can make hurricanes start up instantly, but has some difficulty stopping them; he can communicate with animals; he can make flowers and trees sprout up instantly and convince bees to overproduce honey. But what he can’t do is understand how to control these powers, often a result of his emotional state, and can’t ensure that his spontaneous climate outbursts don’t hurt the ones he loves.

Weylyn grew up as a lone boy in a wolf pack after his parents died in a freak blizzard. He’s blamed himself for their deaths, and this early trauma has guided his future relationships. Many people come in to Weylyn’s life not quite understanding the mysterious, inexplicable events that seem to occur when he’s around. The light-heartedness and charm of this book reminded me of The Seven Wonders of Sassafras Springs, which my daughter and I read together for a school project, but Beasts offers a little more substance for an adult reader.

Beasts is a story of innocence and love; it’s charming and full of magical imagery. I enjoyed reading it, but it never got my heart racing. It’s more of a gentle stroll of a story. One of the many positive aspects of this book is that it would be enjoyable for all ages of readers. It’s complicated and deep enough for an adult audience, but also full of enough wonder and magic for younger readers (middle school and above).

Many thanks to Ruth Emmie Lang for the advance reader copy!

Kelly was always told when she was growing up that where she comes from is what makes her who she is. 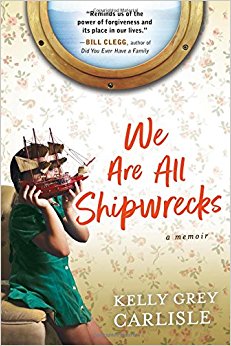 Raised by her grandfather, “Sir Richard,” and his much younger wife, Kelly believed for most of her childhood that her mother had been killed in a car accident. One day, just before a retired police investigator meets her family at a nice restaurant for brunch, she learns that was never true.

Kelly’s life is rife with half-truths and mysteries, many of them never completely understood until she was well into adulthood. Some relatives that were once prominent in her life no longer have anything to do with her, while others from her early childhood, not even related to her, keep their relationship for years. Her upbringing was unconventional, although she didn’t realize the degree of its unorthodoxy until she was much older.

Kelly grew up with her grandparents, living on a small houseboat in California. The boat dock was full of other run-down, barely-seaworthy craft inhabited by drug addicts and petty criminals. Numerous cats ran around the boat, Kelly had to know how to work pumps and mechanical equipment, and there was a constant fear of electrical fires. Despite her unease, she still had to get up for school every morning, often wondering if someone would show up to bring her home. She attended a private French school, was introduced to haute cuisine and literature by her grandfather, and yet they often barely had enough money to make repairs to the boat. She was embarrassed wearing her school uniform, worried that it made her look snobby around the almost-homeless people who lived around her.

What touched me about Kelly’s memoir is, although we had completely disparate childhoods, her interpretation of her surroundings as a child was very much like mine. She was often afraid of things that were beyond her control: people she loved getting sick, or those people leaving her. She was burdened with feelings of guilt when someone she loved, mainly her grandfather, behaved in ways that made her feel embarrassed or ashamed.

Despite the insecure and seedy environment in which she grew up, Kelly comes to realize that the denizens of the docks took on some of the responsibility of raising her, giving her the advice and love that she needed in their own way. And always lingering in the background was her mom, Kelly wondering about her likes and dislikes, her personality, if she loved her baby. This book was fascinating and tragic, funny and also wretched. Kelly’s story is unusual and insightful, a highly recommended memoir.

My thanks to Sourcebooks and Netgalley for this advance copy in exchange for my honest review.