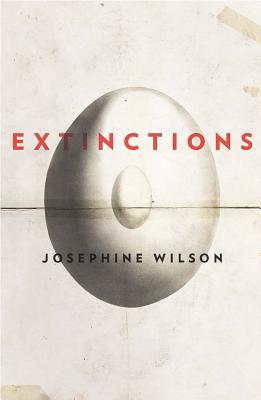 The first few pages of Extinctions reminded me of A Man Called Ove — a cantankerous old man, Frederick Lothian, former concrete engineer, living in a retirement “village,” too grumpy to tolerate his neighbors, shunning his daughter and son. His complaints about the life in the village are amusing and I thought the story would continue in the same vein as Ove, but the similarities ended quickly and the book took on a more serious tone.

A widowed neighbor in the village, Jan, insinuates herself into Frederick’s life. Her life story that she reveals to Frederick  is full of regrets and failings, which causes him to reconsider his own choices and behavior. He finds himself reluctantly revealing his past to Jan, and over the course of a couple of days, reinvents himself and changes his path.

This book won the Miles Franklin award in 2017, and there are discussions about the recent history of Australian Aborigines (of which my knowledge is sadly lacking). The book is interspersed with photos of architecture and engineering marvels that I found enhanced the story.

It’s the story of Frederick Lothian, but also of the life of his late wife, Martha, who had a vibrant life that he never knew about, and his daughter Caroline and son Callum, who faced battles he never understood or acknowledged. Extinctions revolves around the struggle to be a good parent, when to cling and when to let go, and the unwitting impact that the personal struggles of parents have on their children. The theme of extinctions —the metaphorical deaths of career, adoption, and marriage —runs throughout.
An insightful book with strong character development.

I vacillated between a 3 and 4 star rating for this one, but it is worth reading.

Many thanks to Edelweiss and Tin House Books (W W Norton) for this advance copy.