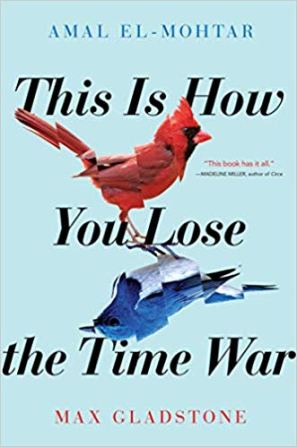 In a future at war, Red and Blue are the best agents from their respective sides. Red is from Agency, technological and mechanical. Blue is from Garden, a singular consciousness comprised of the natural and organic. Their job is to alter history through time travel to bend the future to their aims. They travel “strands,” periods of history, chasing each other, stalking each other, and through their rivalry, developing a mutual respect and admiration.

Against strict rules from their commanders, Blue and Red begin corresponding with one another through letters left in the strands. These letters are left in secret places only they will be able to find: tree rings, tea leaves, tiny seeds. The letters gradually become more personal and revealing, ultimately leading to expressing their fears and love for one another.

The story is rife with beautiful imagery, which I reveled in at first, but quickly just left me confused. I loved the landscapes the authors painted, but the flowery prose devolved into such obfuscation that the story was diluted and drowned. It was like reading a fever dream. Picking out the nuanced behaviors of the two characters through the dense, ornate descriptions of their environments became almost impossible. This is not a simple story, nor is it easy to follow. The authors drop the reader into the time war with no backstory, no impetus for the war, and no explanations of the time travel. I had to learn about most of the premise and plot development online while trying to research what was going on in this book after I got lost fairly early on.

5 stars for the imagination of this story, 3 stars for the lack of direction for the reader. I still enjoyed it, however, for its originality and beauty.

Many thanks to Bookish First and Saga Press / Simon & Schuster for this advance copy in exchange for my review. 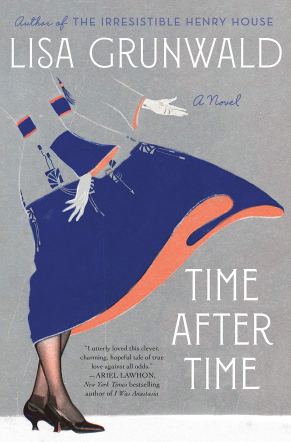 Joe, a leverman at Grand Central Terminal in 1938, just fell in love with a charming redhead, Nora Lansing, who appeared from out of nowhere, disheveled and wearing clothes ten years out of style. Joe and Nora have a great relationship, except that due to some mysterious forces, Nora can never leave the terminal.

This book has a lot of things going for it: an interesting historical setting in Grand Central Terminal from the 1920s through the 1940s, an unusual circumstance with Nora, and a sweet romance.

Although it may be considered by some to be a tad on the fluffy side, it’s a charming, engaging story. I looked forward to reading this, and the historical details were eye-opening. I can’t wait to go back and visit the station and look around, recalling the tidbits I picked up from this book. There’s an entire world contained in Grand Central.

Many thanks to LibraryThing Early Reviewers program and Random House for the copy in exchange for my review. 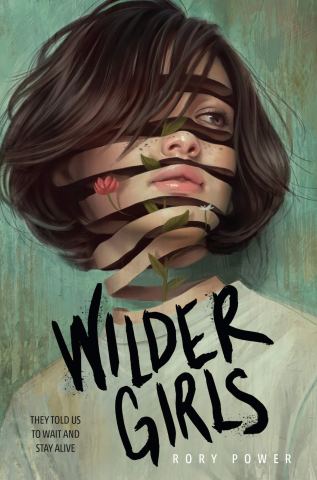 Honestly, the best thing about this book is the cover.

The premise has a great hook:  a girls’ boarding school on an isolated island is rife with a sickness called the Tox that turns the girls into monstrosities. Three best friends are enduring their suffering until one of them goes missing.That cover, that blurb, and I was giddy with excitement.

Review in a nutshell: the book starts out intriguing and quickly becomes ridiculous and inexplicable.

There are three main girls the reader follows: Hetty, our main character; Reese, whose father conveniently lives on the island and has disappeared but leaves behind some very useful items in a deus ex machina kind of way; and Byatt, who of the three is the sickest and is taken away and thus gives our other two characters some motivation. There are numerous other girls, but they are indistinguishable, and often times interchangeable.

There is an attempt at an f/f relationship as well, but it was confusing and misdirected, and I couldn’t make sense of it. Is it a love triangle? Unrequited love? I never could tell.

Kudos to the violence, though. There were some well-described grotesque mutations and some action-packed murders, but these bits of excitement couldn’t cover up that the plot isn’t well developed. The Tox is mysterious with no cause or means of transmission and never given an explanation. The fact that these girls’ parents never investigate why they can’t retrieve their daughters who are sick and dying is briefly mentioned and dismissed. The motivations for the villains don’t exist. The girls seem conveniently accepting that they’re starving and horribly ill and just survive from day to day while civilized behavior devolves a la Lord of the Flies. I was willing to let all this go and just ride along, but as I kept reading my questions grew more numerous and quickly overpowered any enjoyment from the story.

I think I would have enjoyed this book when I was much younger (say, around 11), than as an adult. I often enjoy YA, but this is YYA.

Many thanks to BookishFirst for this advance copy in exchange for my review.

The story is short (about 150 pages), and its brevity allows for the satisfaction of getting to the nitty-gritty without any superfluous fluff. Three adults and twelve six-year-olds are on a weekend camping trip deep in the woods and no one lives. That’s not a spoiler. The author also cleverly inserts some philosophical threads about the perspectives of children and uses narrative intrusion to address the reader and remind him that there is no hope for these poor kids.

To say any more would be a disservice, so if this premise causes you to raise an eyebrow and immediately look it up online, this book is for you. If you recoil and say, “Ew,” then move along.

I am loath to say I enjoyed it for fear it may cause others to think me psychotic, so I’ll just say that it was a riveting read.

Many thanks to Netgalley and Coach House Books for the copy in exchange for my review.